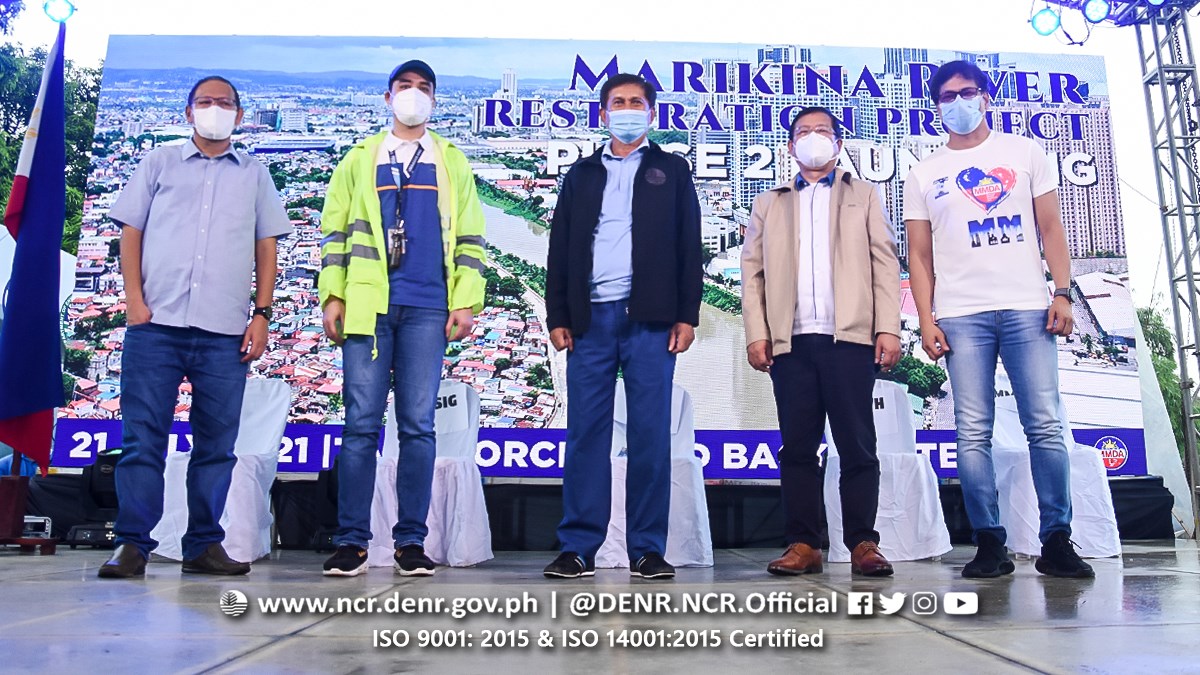 The Task Force Build Back Better (TF-BBB) will begin its dredging activities for Phase 2 of the Marikina River Restoration Project in Barangay Santolan, Pasig City on Wednesday, 21 July 2021.

A short ceremony to be officiated by DENR Secretary and TF-BBB Chairperson Roy A. Cimatu and Pasig City Mayor Victor “Vico” Sotto will mark the start of Phase 2 of the project.

Experts have pointed out that one reason behind the flooding—which partially or fully submerged more than 40,000 homes in Marikina City alone—is the reduced capacity of the Marikina River to receive and drain excess rainwater. This prompted Sec. Cimatu to order Regional Executive Director Jacqueline A. Caancan of DENR National Capital Region to conduct an aerial and ground survey of the waterway and to determine encroachments by comparing the survey results with official land records.

Sec. Cimatu promised Mayor Marcy to complete Phase 1 of the project within seven months or less. The project, however, was completed two months ahead of the deadline.

Sec. Cimatu is set to hand over the completed project to Mayor Marcy in a short ceremony preceding the launch of Phase 2 at Olandes area, Barangay IVC in Marikina City.

Phase 2 of the project, on the other hand, will consist of the removal of identified encroachments on the stretch of the Marikina River covering parts of Barangay Santolan and Barangay Ugong in Pasig City.