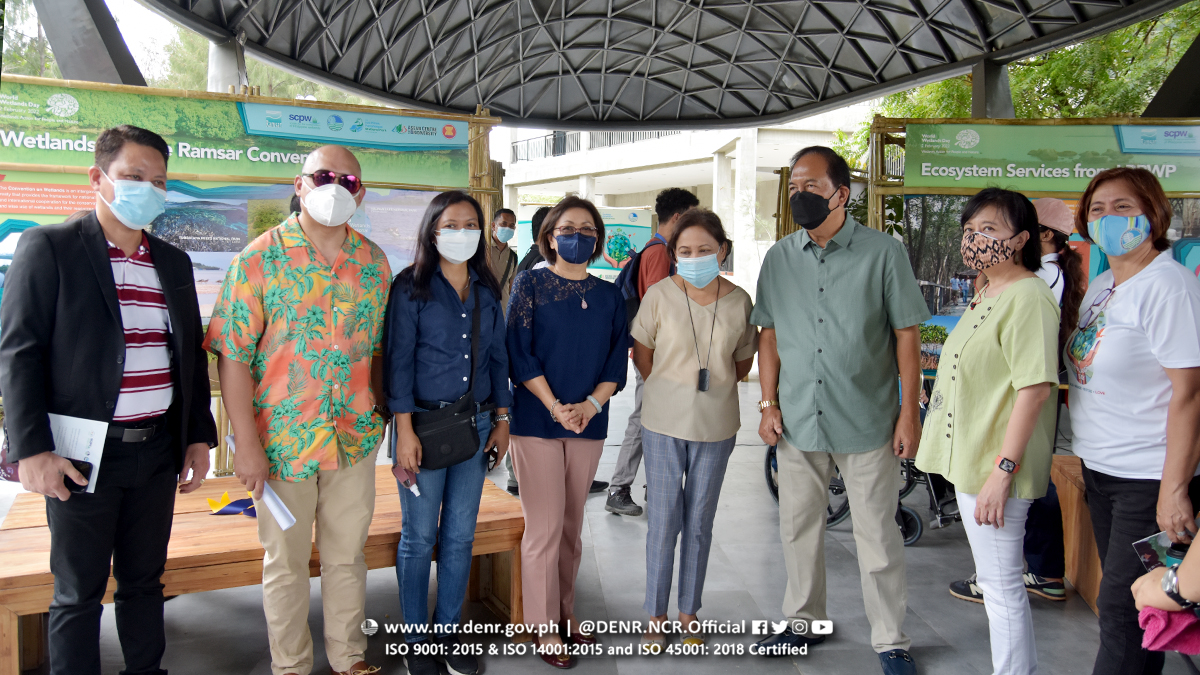 The Department of Environment and Natural Resources-National Capital Region (DENR-NCR) partnered with the Society for the Conservation of Philippine Wetlands (SCPW) and ASEAN Centre for Biodiversity on the conduct of a photo exhibit about the Las Piñas-Parañaque Wetland Park (LPPWP) on Tuesday, 22 February 2022, at the Wave Activity Center in LPPWP.

LPPWP is one of the 8 wetlands of international importance of the Philippines under the Ramsar Convention on Wetlands. The Ramsar Convention is an intergovernmental treaty that provides the framework for the conservation and wise use of wetlands and their resources. The treaty was signed on February 2, 1971 in the Iranian City of Ramsar.  The Philippines became a party to the convention on 8 November 1994.

The photo exhibit will feature LPPWP and its history and development as a nature sanctuary. It will also highlight the ecosystem services LPPWP provides and the threats it currently faces, and what we can do to help in its protection and conservation.

The exhibit aims to (1) promote awareness on the importance of wetlands and what actions stakeholders can do to help in its wise use and conservation, (2) showcase the rich flora and fauna resources of LPPWP, and (3) campaign for support in the implementation of the LPPWP Management Plan.

The activity will be attended by Sen. Cynthia A. Villar, the members of the LPPWP Protected Area Management Board (PAMB), and representatives from United States Agency for International Development (USAID), Biodiversity Management Bureau (BMB), and Ecosystems Research and Development Bureau (ERDB).

The theme for the exhibit is “Value, Manage, Restore, Love: Wetland Actions for LPPWP”. It takes after the theme of World Wetlands Day 2022.

World Wetlands Day is an annual environmental event held every 2nd day of February to raise awareness about wetlands and commemorate the signing of the Ramsar Convention.

DENR National Capital Region celebrated World Wetlands Day on February 2, also at the LPPWP, through the conduct of environmental lectures, cleanup, and nature walk. The celebration of World Wetlands Day in the Philippines is mandated by Presidential Proclamation No. 74, series of 1999.