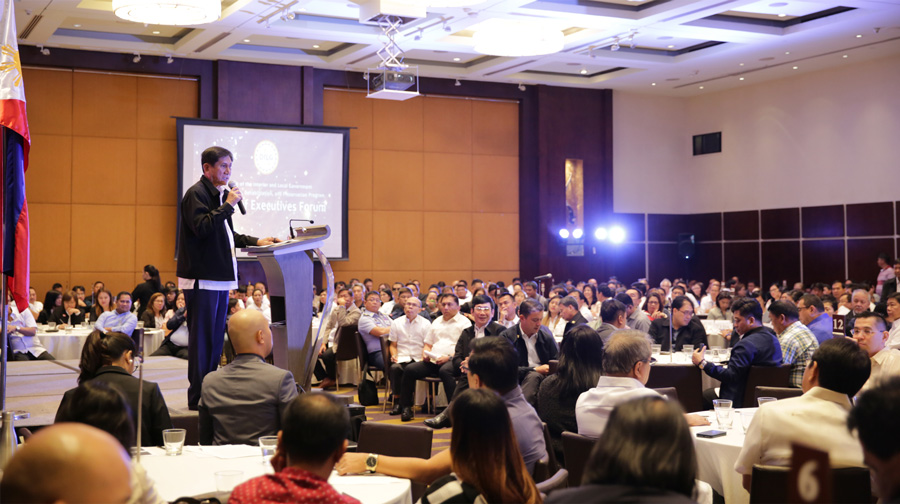 Environment Secretary Roy A. Cimatu has called on 178 mayors of cities and municipalities surrounding Manila Bay to do their share in the rehabilitation of Manila Bay by cleaning up rivers and estuaries leading to the heavily polluted water body.

“We have to clean all 47 esteros and all the rivers that contribute to the pollution of Manila Bay. Walang maiiwan, iisa-isahin natin,” Cimatu said during the Local Executives’ Forum on the Manila Bay Cleanup, Rehabilitation and Preservation Program held in Manila last Monday.

The forum, organized by the Department of the Interior and Local Government, brought together officials and representatives of local government units (LGUs), whom Cimatu reminded of their duty to implement environmental laws and to clear waterways of informal settlers who contribute to water pollution.

Republic Act 9003 or the Ecological Solid Waste Management Act of 2000 provides that LGUs are primarily responsible for waste segregation and disposal.

Cimatu also urged LGUs to identify the sources of water pollution in their localities and do something about it.

“Once we clean the esteros and rivers, garbage will not go out to Manila Bay. We’ll make it a point that the water that reaches Manila Bay is clean,” Cimatu said.

“Even if it takes us one, two or three years to clean these rivers, we have to do it,” he added.

The environment chief cited Tullahan River, the longest river that drains into Manila Bay; Vitas in Tondo, Manila; and Pasig and Parañaque rivers as among those which need to be cleaned.

Garbage, he said, is one of the culprits in the pollution of esteros and rivers.

Cimatu also urged mayors to make sure garbage collection contractors in their localities comply with conditions in their contract, including adherence to environmental laws.

“It’s the mayors and the LGUs who have the main authority over the signing of the contract with garbage collection contractors. I hope that after signing the contracts, the LGUs check that contractors follow what is stipulated in the contract,” Cimatu said.

The rehabilitation of Manila Bay will have three phases: cleanup, relocation of illegal settlers and protection, preservation and sustainment of the gains.

“Clean up may take one to three years, but relocation will take political will,” Cimatu said.