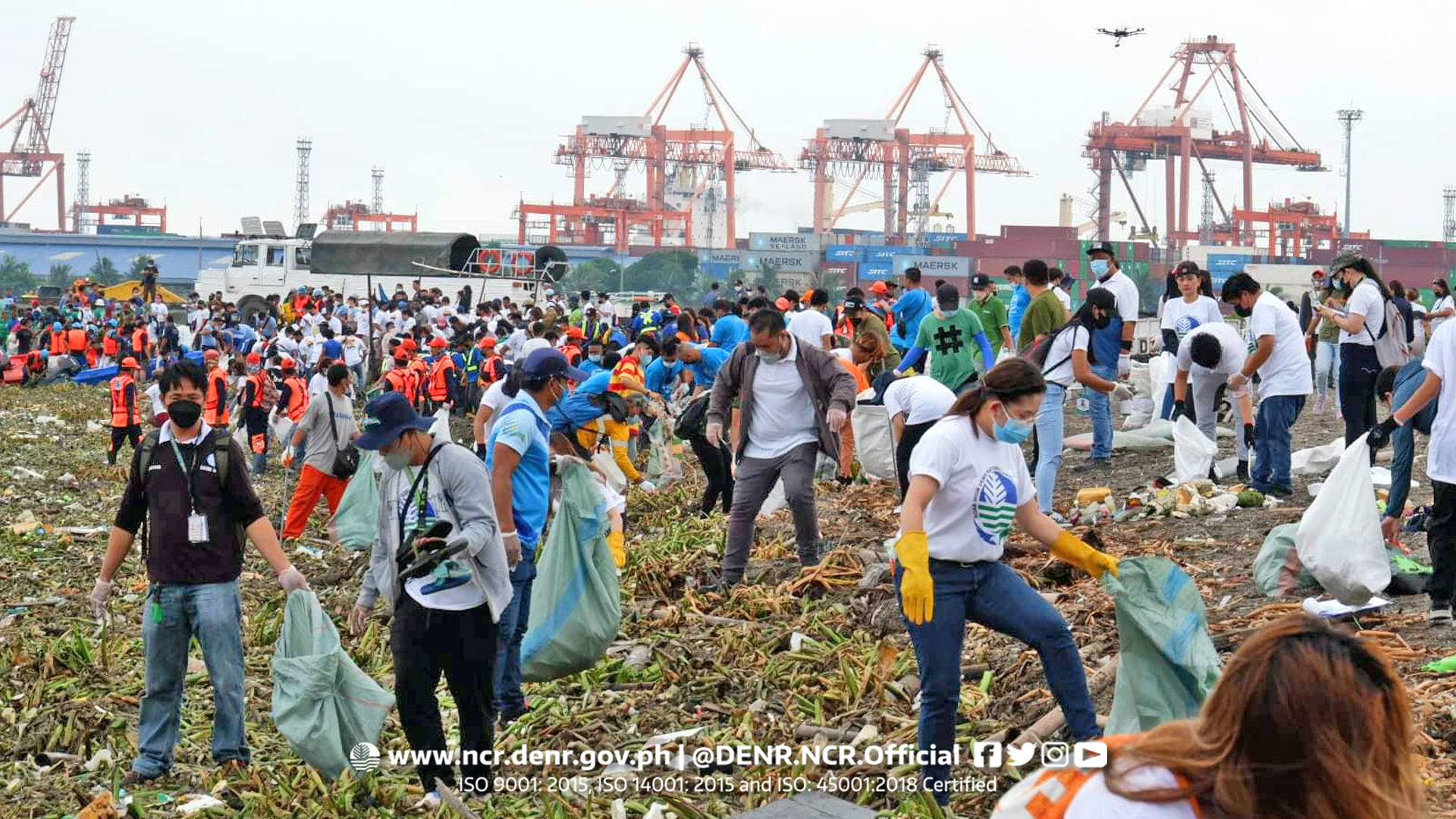 Thousands join the staging of the 37th International Coastal Cleanup (ICC) in Baseco Beach, Barangay 649, Port Area, Manila, on Saturday, 17 September 2022.
Assistant Regional Director for Management Services Manuel T. Escasura led the DENR National Capital Region contingent. He came with officials and staff of the Legal Division, Manila Bay Site Coordinating and Management Office (MBSCMO), and DENR Metropolitan Environmental Office-West (MEO-West).
Meanwhile, Manila Mayor Maria Sheilah Honrado ‘Honey’ Lacuna–Pangan came with representatives of the different departments of the Manila City government.
Baseco beach is one of the eight cleanup sites in Metro Manila that DENR National Capital Region has identified for the ICC.
The ICC is the largest volunteer effort in the world to address the issue of plastic pollution in our oceans. It is held every third Saturday of September and participated by more than 150 countries. During ICC, thousands of volunteers gather at designated cleanup sites to pick, identify, count, and record the type of trash that ends up on our shores and other waterways. The data collected is then validated and organized for use by researchers, experts, and policymakers in crafting plans and policies.
The ICC in Baseco beach was jointly organized by DENR National Capital Region and the City Government of Manila, with help from mandamus agencies and private sectors.