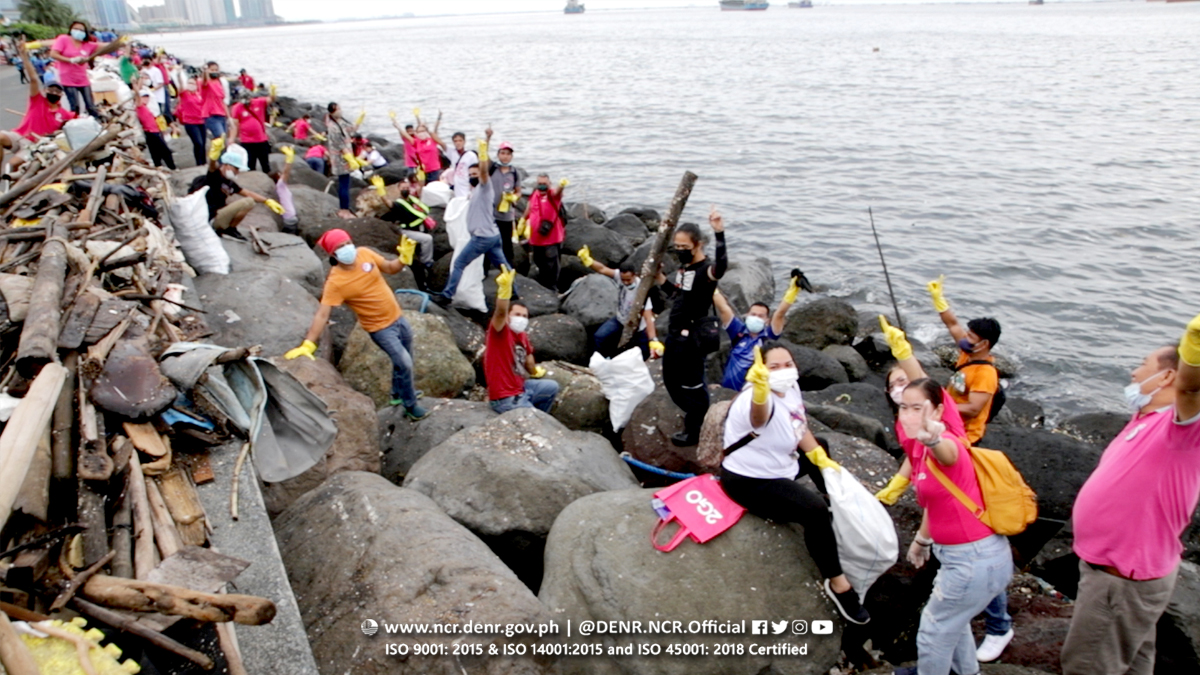 DENR National Capital Region Regional Executive Director Jacqueline A. Caancan addresses the more than a thousand volunteers that gathered at the SM by the Bay in SM Mall of Asia, Pasay City on Saturday, 17 September 2022, to participate in the 37th International Coastal Cleanup (ICC).
Director Caancan thanked the volunteers for joining the #FightForTrashFreeManilaBay and stressed the importance of the activity, especially in light of the report that the Philippines is among the top five countries throwing the most plastic waste into oceans in South East Asia. “While doing volunteer work is most important, we need to do more than participate in the ICC every year. We need to address pollution in Manila Bay and our oceans at source”, she said.
DENR National Capital Region has long been working with the SM Mall of Asia—through SM Cares, the Corporate Social Responsibility arm of SM Prime Holdings, Inc.—in the yearly conduct of the ICC. In 2019, the year before the Covid pandemic hit, the regional office and mall authorities successfully hosted the ICC, with close to 5,000 volunteers in attendance.
Director Caancan was accompanied by Assistant Director for Technical Services, Engr. Ignacio R. Almira, Jr. Likewise in attendance are officials and staff of the Planning and Management Division (PMD), Production Forest Management Section (PFMS) of the Conservation and Development Division (CDD), Regional Strategic Communication and Initiatives Group (RSCIG), and DENR Metropolitan Environmental Office-West (MEO-West).
The mall waterfront is one of the eight cleanup sites in Metro Manila that DENR National Capital Region has identified for the ICC this year. Mr. Perkin So, SM Supermalls Senior Assistant Vice President for Operations, and Ms. Punky Narvasa, SM Mall of Asia manager, welcomed Director Caancan and the DENR National Capital Region volunteers.
Officials and staff of the Climate Change Commission (CCC) led by its Secretary, Robert E.A. Borje, also joined the program, together with representatives from the Philippine National Police-Maritime Group, the Philippine Coast Guard (PCG), and the local government of Pasay City.