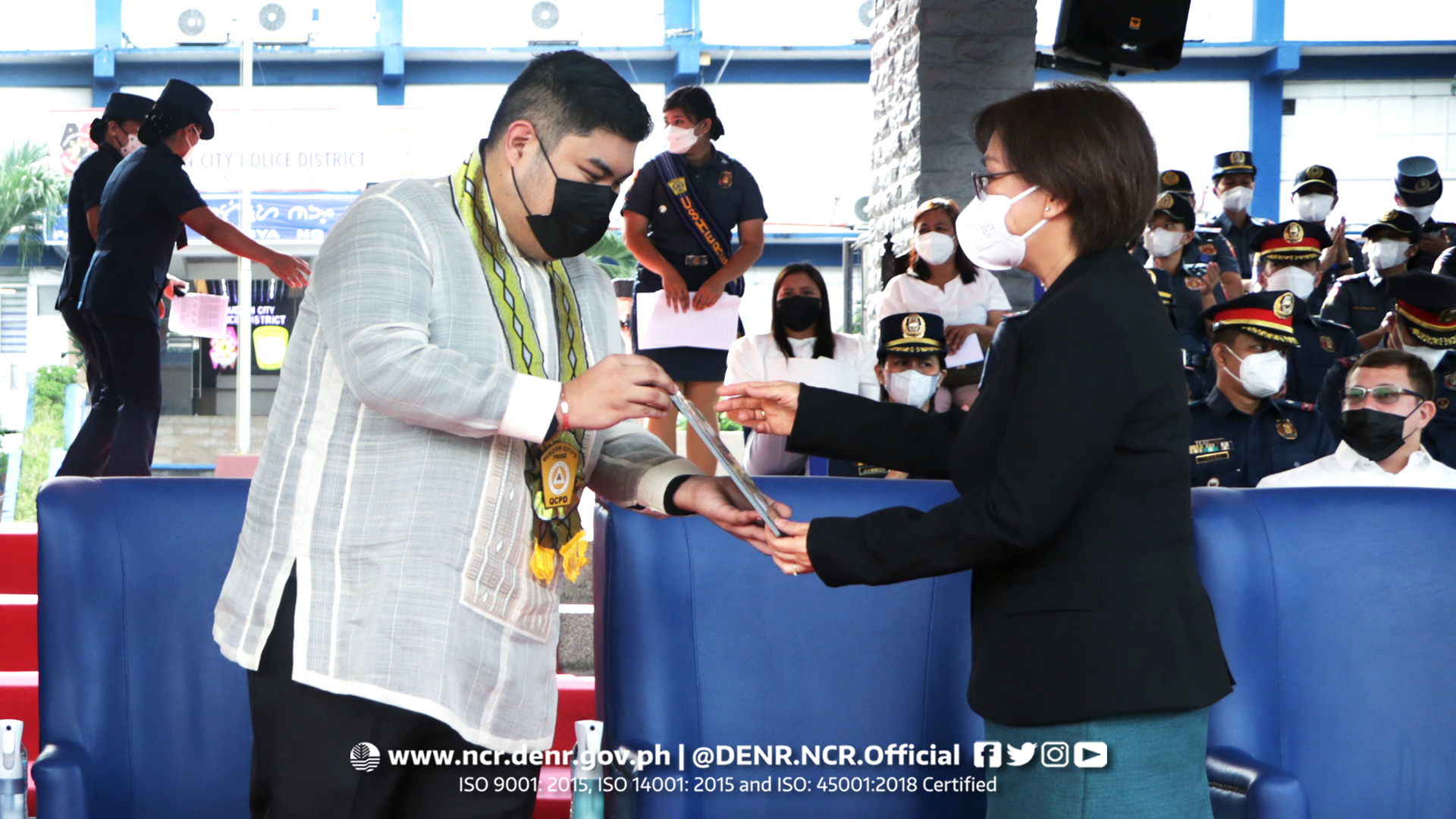 Director Caancan was recognized for the contributions of DENR National Capital Region in forging stronger bonds between police and local communities through the conduct of environmental activities. She was accompanied by Assistant Regional Director for Technical Services, Engr. Ignacio R. Almira, Jr.