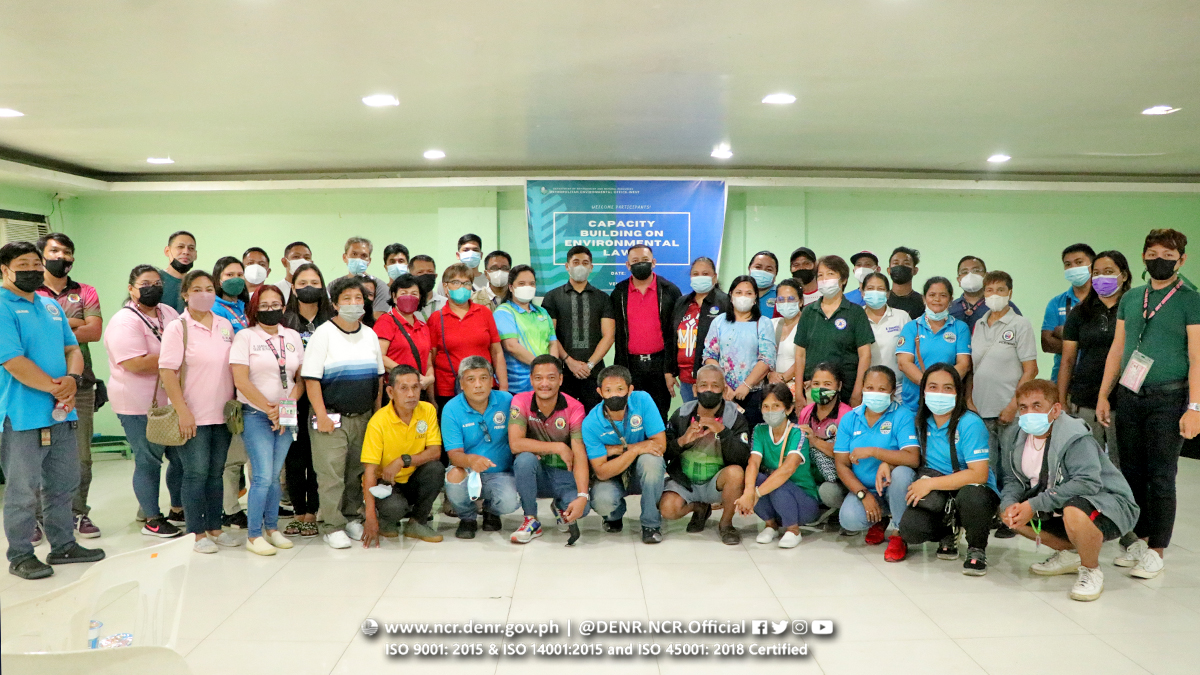 The DENR Metropolitan Environmental Office-West (MEO-West) conducted a public forum on environmental laws for officials and staff of several barangays in Pasay City at the Cuneta Astrodome on Tuesday, 30 August 2022.

MEO West invited resource persons from DENR National Capital Region to discuss Republic Act No. 9147 (Wildlife Resources Conservation and Protection Act of 2001), Presidential Decree No. 705 as amended (Revised Forestry Code), Republic Act No. 9175 (Chain Saw Act of 2002), Republic Act No. 3147 (An Act to Prohibit the Cutting, Destroying or Injuring of Planted or Growing Trees, Flowering Plants and Shrubs or Plants of Scenic Value Along Public Roads, in Plazas, Parks, School Premises or in Any Other Public Pleasure Ground), Presidential Decree No. 953, and Republic Act No. 9729 (Climate Change Act of 2009). The activity is part of the ongoing capacitation of local civil servants on environmental laws and efforts to encourage greater public participation in the cleanup and rehabilitation of Manila Bay.