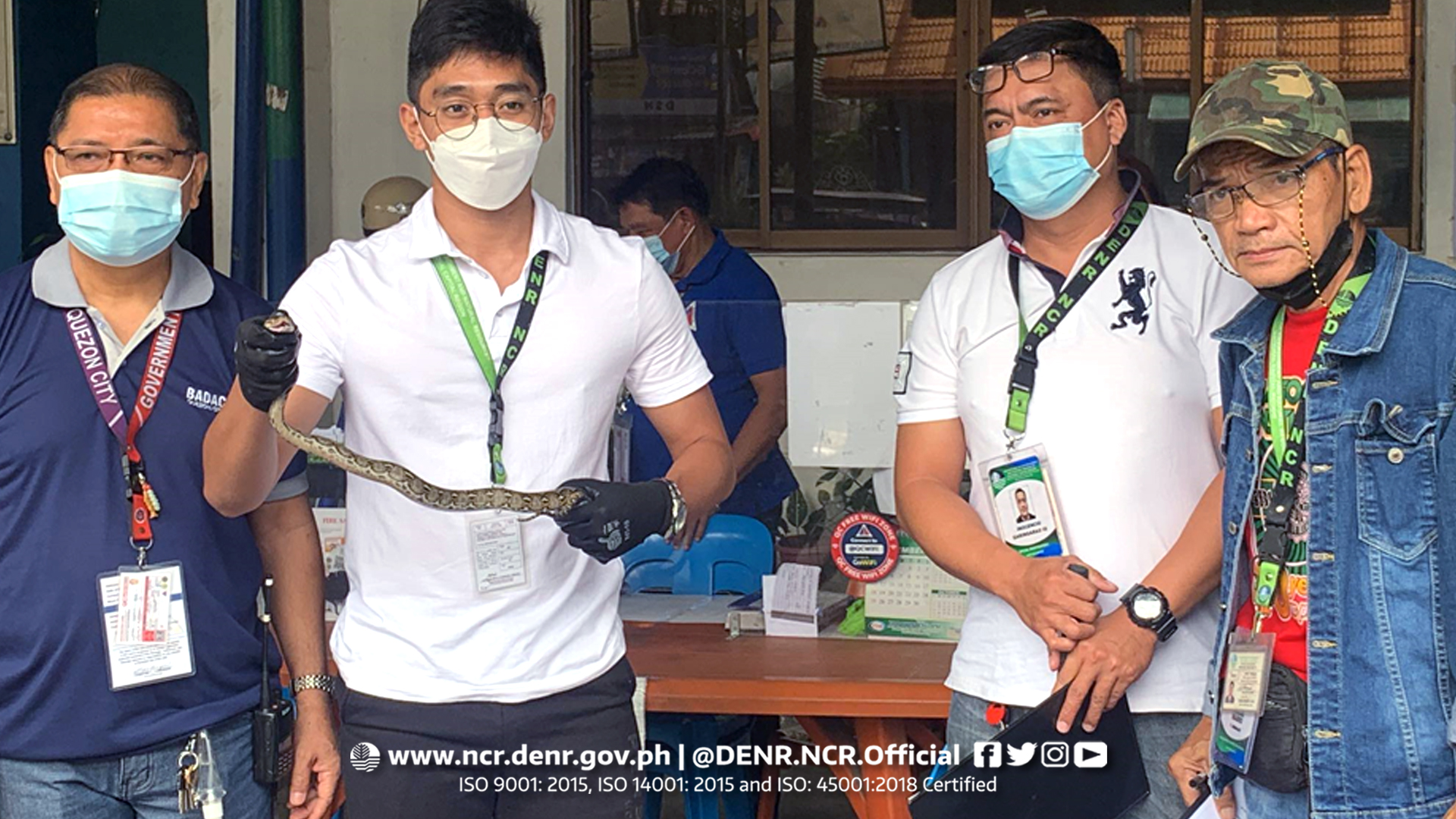 The DENR-Metropolitan Environmental Office-East retrieves a reticulated python (Malayophyton reticulatus) in Project 7, Quezon City following a request made through Aksyon Kalikasan and DENR National Capital Region. The snake was immediately brought to the Wildlife Rescue Center at the Ninoy Aquino Parks and Wildlife Center in Quezon City for temporary custody and care. The reticulated python is a species native to south and southeast Asia and is listed as a species of least concern by the International Union for the Conservation of Nature (IUCN) due to its wide distribution. Still, it is illegal in the Philippines to hunt, keep, or kill the snake (and other wild animals).