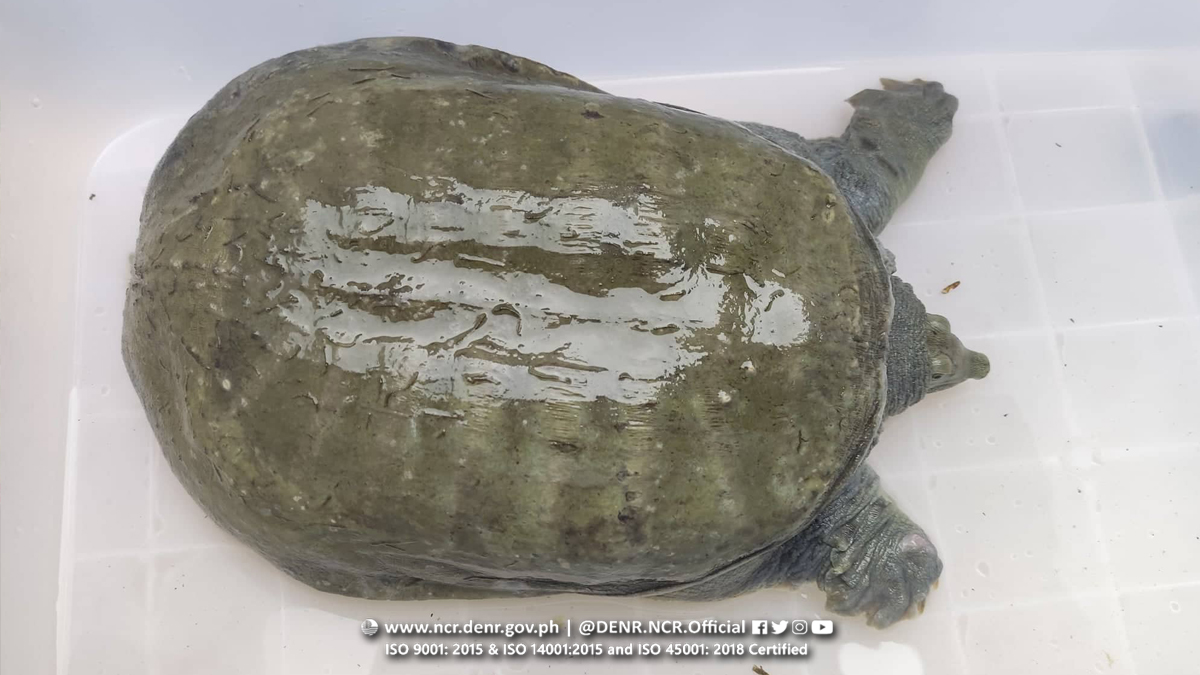 The turtle was reported by a netizen through the official Facebook page of DENR National Capital Region and was retrieved by MEO-East on the same date. It was immediately taken to the Wildlife Rescue Center at the Ninoy Aquino Parks and Wildlife in Quezon City for custody and care. Chinese softshell turtles are considered invasive alien species (IAS) in the Philippines and treated as pests in most fishpond areas in central and southern Luzon. These animals compete with food and living space with local and endemic aquatic species and threaten their survival. The DENR Biodiversity Management Bureau (BMB) advises the public against releasing IAS like the Chinese softshell turtle in the wild.