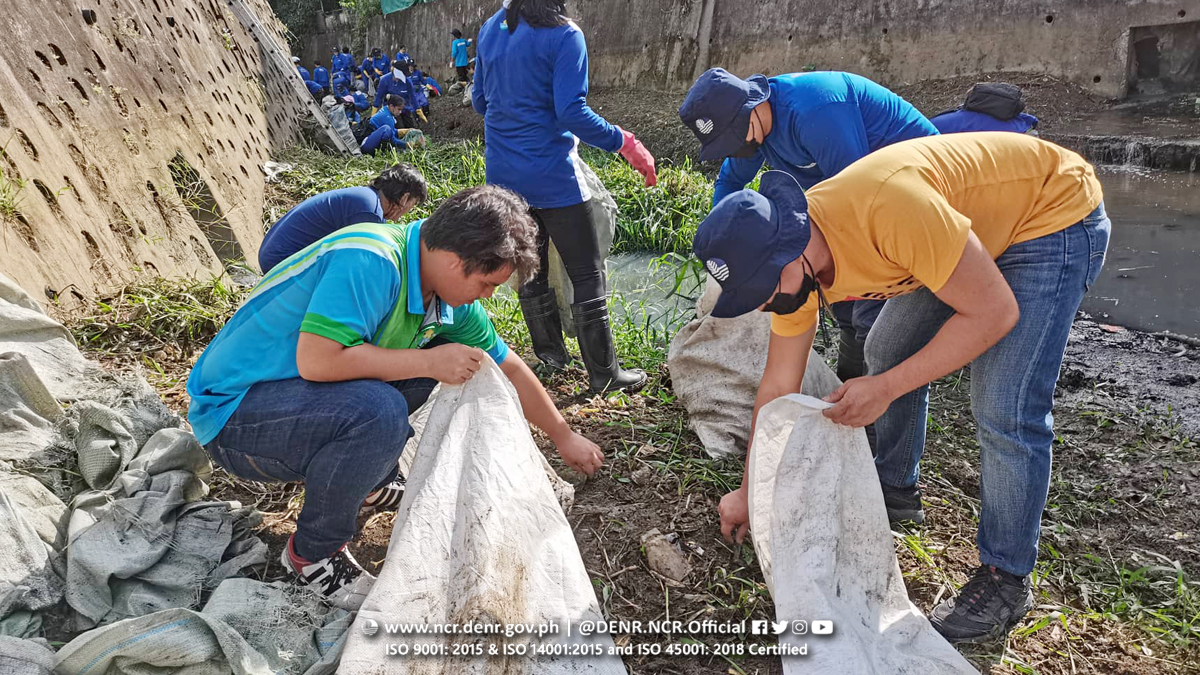 The DENR-Metropolitan Environmental Office-East (MEO-East), together with the Estero Rangers, led a cleanup in a portion of Balanti Creek in Barangay San Roque, Marikina City.

Representatives from the Marikina City Environment and Management Office (CEMO) participated in the activity, along with maintenance personnel and Green Rangers of San Roque. The cleanup resulted in the recovery of 260 assorted wastes from the waterway weighing 7,800 kilograms.

Balinti Creek is a tributary of the Marikina River and drains the eastern part of Marikina City as well as parts of Cainta in Rizal Province. Waste disposed of in the waterway eventually ends up in Manila Bay either through the Marikina River or Manggahan Floodway depending on the tide and current. Preventing floating garbage from reaching Manila Bay is one of the priority activities of DENR National Capital Region under the Manila Bay Rehabilitation Program.