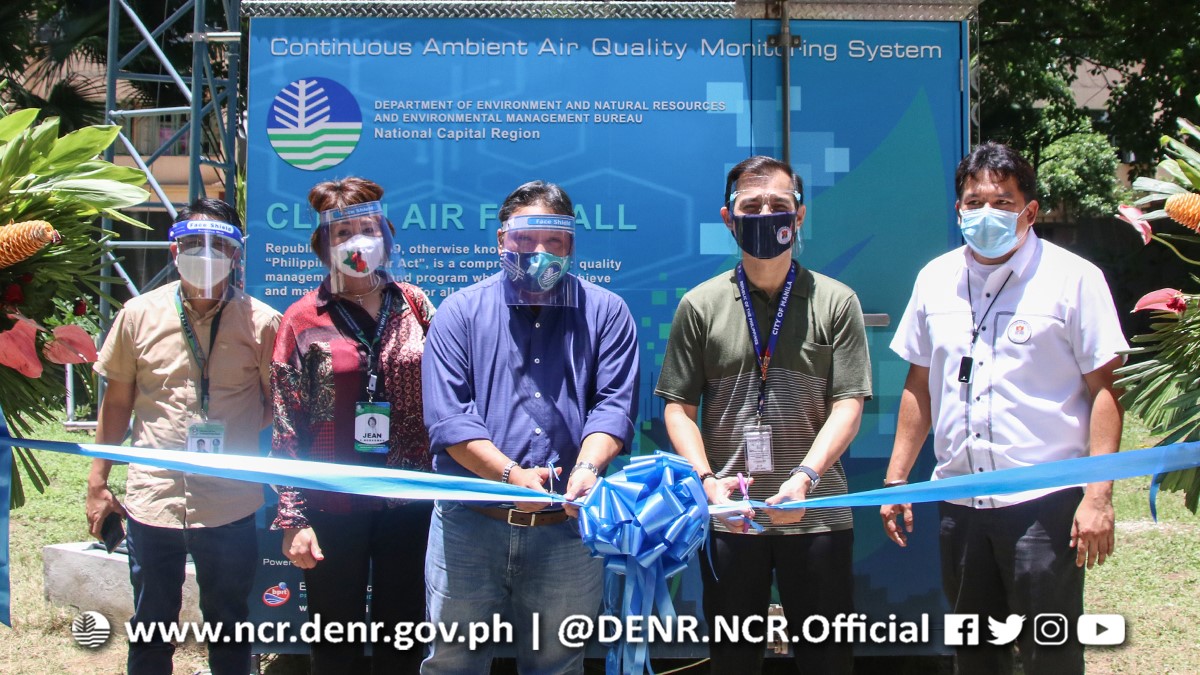 DENR-EMB National Capital Region and the City Government of Manila unveiled on Thursday, 16 July 2020, the Teledyne T640 PM Analyzer at the Mehan Garden in Manila.

The Teledyne T640 PM Analyzer, the first of its kind in the Philippines according to EMB-NCR Regional Director, Atty. Domingo M. Clemente, Jr., is an onsite Air Quality Monitoring Station (AQMS) that measures ambient particulate matter (PM) in real-time, providing concerned government agencies with much-needed data for planning and monitoring air pollution in the city.

Air pollution, according to the World Health Organization (WHO), is one of the leading health hazards in many countries today, killing an estimated 7 million people every year (https://www.who.int/airpollution/news-and-events/how-air-pollution-is-destroying-our-health). Improving air quality is important and should be among the top priorities of local governments.

Before the unveiling, Manila City Mayor Francisco ‘Isko Moreno’ Domagoso and Director Clemente signed a Memorandum of Agreement (MOA) on the AQMS. In his speech, Mayor Isko revealed that he specifically requested DENR to install the AQMS in Manila, “para naman masukat natin ang effort ng city in making more open green spaces and cleaner air”. He also expressed the firm commitment of the City Government to expand and enhance ‘green spaces’ in Manila.