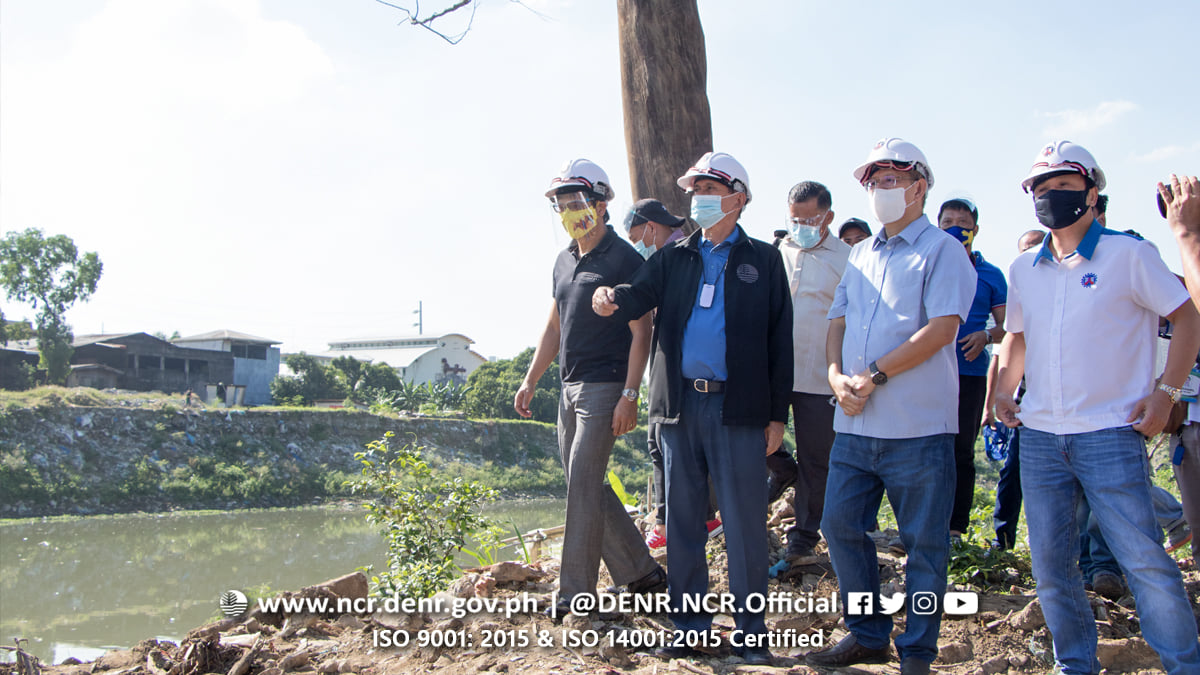 In the wake of the devastating floods that plunged Marikina City and several other parts of Metro Manila underwater in November last year, the Task Force Build Back Better (TF BBB) announced that it will begin dredging activities in Marikina River on Wednesday, 17 February 2021.

Environment Secretary and TF BBB chair Roy A. Cimatu made the announcement following reports that portions of the river have been illegally reclaimed, reducing drastically the ability of the waterway to contain excess rainwater during typhoons. Cimatu also said that a number of structures have been found occupying easement areas, in violation of Presidential Decree 1067 or Philippine Water Code.

“Using official land records dating back as far as 1914, and historical maps and satellite photos from the National Mapping and Resource Information Authority (NAMRIA) as basis, DENR National Capital Region conducted aerial and ground verification surveys which confirm encroachments not only in the river itself but in the designated legal easements as well”, Cimatu said.

Article 51 of PD 1067 explicitly prohibits the construction of any permanent structure along 3 meters of the banks of rivers and streams and shores of seas and lakes in urban areas like Metro Manila, as these areas are reserved “for public use”.

Based on existing land records too, 25 lot parcels with a total area of 271,625 square meters (27 hectares) were reclaimed without necessary permits, partially or completely encroaching into the Marikina River.

Eight of these parcels covering 12,039 square meters have been placed under Category 1 or parcels of land found to be reclaimed but with no titles nor claimants.

Placed under Category 2, meanwhile, are five titled lots which partially encroaches on 10,418 square meters of the river.

Under Category 3 are sixteen titled properties measuring 22,467 square meters which are in the river itself.

The pilot dredging will be in the portion of the river near Marcos Highway in Barangay Kalumpang. This will be immediately followed by a bamboo planting activity on the banks of Barangay Industrial Valley Complex, both in Marikina City.

“The widening of Marikina River to its original width is but the start of a series of activities the Task Force has identified to address the perennial problem of flooding within the Marikina River Basin,” Cimatu added.

Cimatu said that the restored riverbanks will be planted with bamboo to help prevent riverbank erosion and siltation, one of the strategies that TF BBB has adopted in the rehabilitation of Cagayan River.

“We will have to show our political will here and sustain our efforts to rehabilitate Marikina River and other waterways. This is just a prelude to the bigger one,” Cimatu said, referring to the tasks awaiting the TF BBB in downstream portions of the river, particularly in Pasig area where the riverbank is narrower due to the reclamations and presence of illegal permanent structures.

Cimatu said that the width of the river in the upstream portion is about 90 meters wide; it then narrows down to 80 meters at the boundary of the Marikina-Pasig boundary and becomes uneven, varying from anywhere to 46 meters to 78  meters from thereon.

‘It is like traffic.  From a three-lane highway, the river becomes a single lane highway once it reaches Pasig,” Cimatu explained, citing figures from the DPWH. Records also show that it is not only the width of the river that has considerably decreased but its depth as well as the upstream portions measures about eight meters deep but only three to five meters deep by the time it merges with Pasig River.  ###