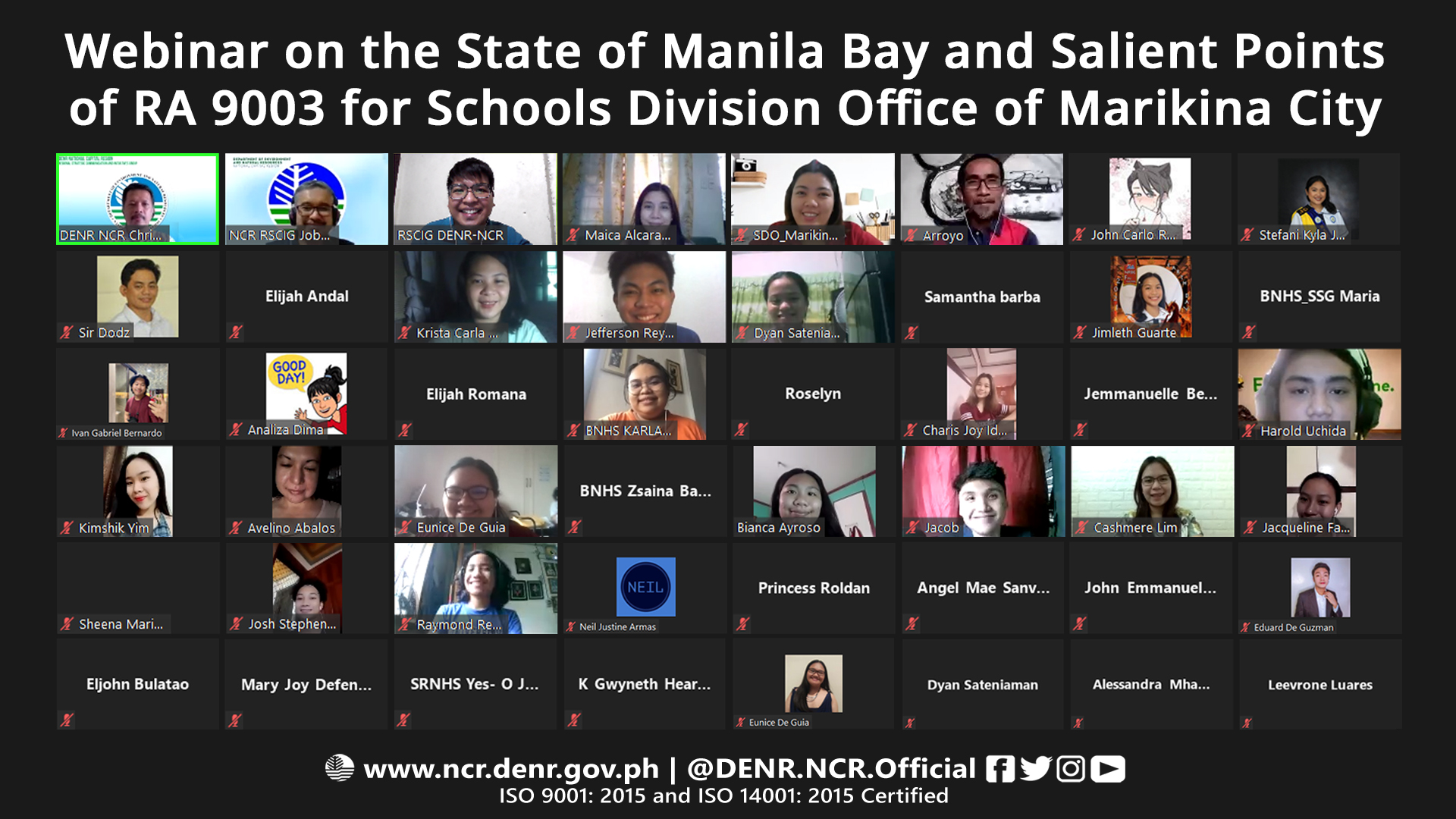 DENR National Capital Region through its Regional Strategic Communication and Initiatives Group (RSCIG), conducted a webinar on State of Manila Bay and Salient Points of R.A. 9003 for the Schools Division Office (SDO) of the Department of Education (DepEd), Marikina City.

The learning activity aims to familiarize SDO officials, particularly its Youth Formation Division (YFD), about the ongoing cleanup and rehabilitation of Manila Bay and the role of DepEd in the effort. The activity was attended by around 120 student leaders, members, and advisers of the Supreme Student Government, Youth for Environment and Schools-Organization (YES-O), and "Gulayan sa Paaralan" organizers for all public high schools in Marikina.

DepEd is among the 13 agencies directed by the Supreme Court of the Philippines to work together in the rehabilitation of Manila bay in its decision on the case of MMDA, et.al. v. Concerned Residents of Manila Bay (G.R. Nos. 171947-48), tasked as it was with integrating “lessons on pollution prevention, waste management, environmental protection, and subjects in the school curricula of all levels to inculcate in the minds and hearts of students and, through them, their parents and friends, the importance of their duty towards achieving and maintaining a balanced and healthful ecosystem of the Manila Bay and the entire Philippine archipelago.”

DENR, on the other hand, has been directed by the Supreme Court to fully implement its Operational Plan for the Manila Bay Coastal Strategy (OPMBCS) for the rehabilitation, restoration, and conservation of the Manila Bay and to call regular coordination meetings with concerned government departments and agencies to ensure its successful implementation.

The learning event is one of the many activities that DENR National Capital Region and SDO Marikina City are planning to work on together in terms of environmental education and advocacy.