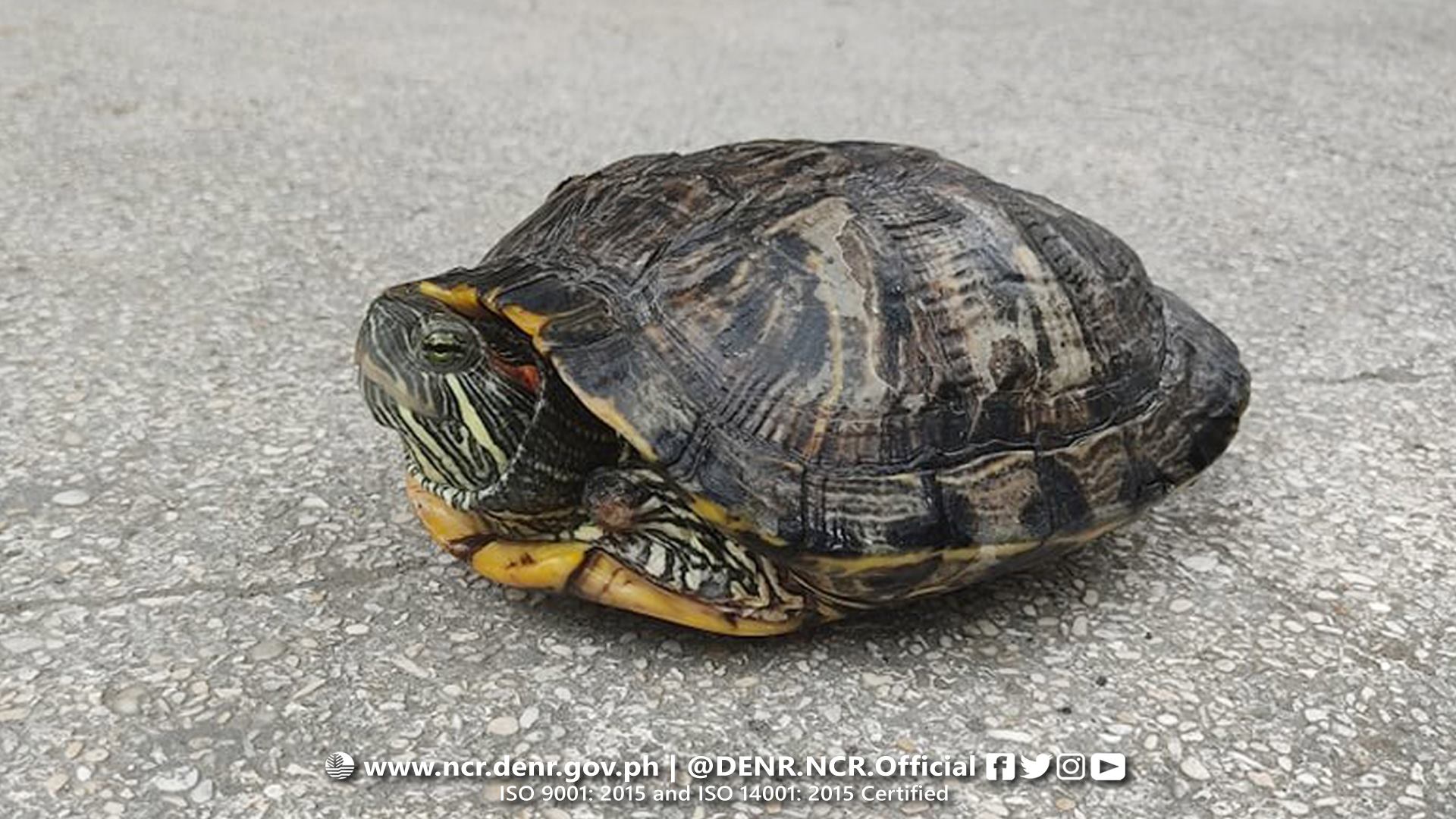 The turtle was captured by Estero Rangers assigned in the waterway during their regular cleanup. They immediately informed the WFO which immediately dispatched a retrieval team in the area.

In a report entitled “100 of the World’s Worst Invasive Alien Species” published by the Global Invasive Species Database of the International Union for the Conservation of Nature (IUCN) in 2000, authors Lowe, et.al. identified the Red-Eared Slider as one of the worst invasive species in the world. Originally from the United States, the Red-eared slider has been one of the most popular reptiles in the pet trade, with more than “52 million individuals exported” to foreign markets between 1989 and 1997 alone.

Likewise, in a case study authored by Pauline Teillac-Deschamps, et. al. and published in the book Urban Herpetology by the Society for the Study of Amphibians and Reptiles in 2010, it noted that slider turtles have become very popular because of their small size, their simple husbandry requirements, and their reasonably low price. Unsuspecting owners, however, would later realize that the turtle grows big as it matures and lives up to 50 years. This then entices them to release their pets in nearby ponds or waterways.

The negative impact of invasive alien species is well documented. In the case of slider turtles, the dangers include competition with native species for food and space; vectors for the spread of diseases that affect humans and animals; and, possible alteration of local ecosystems.