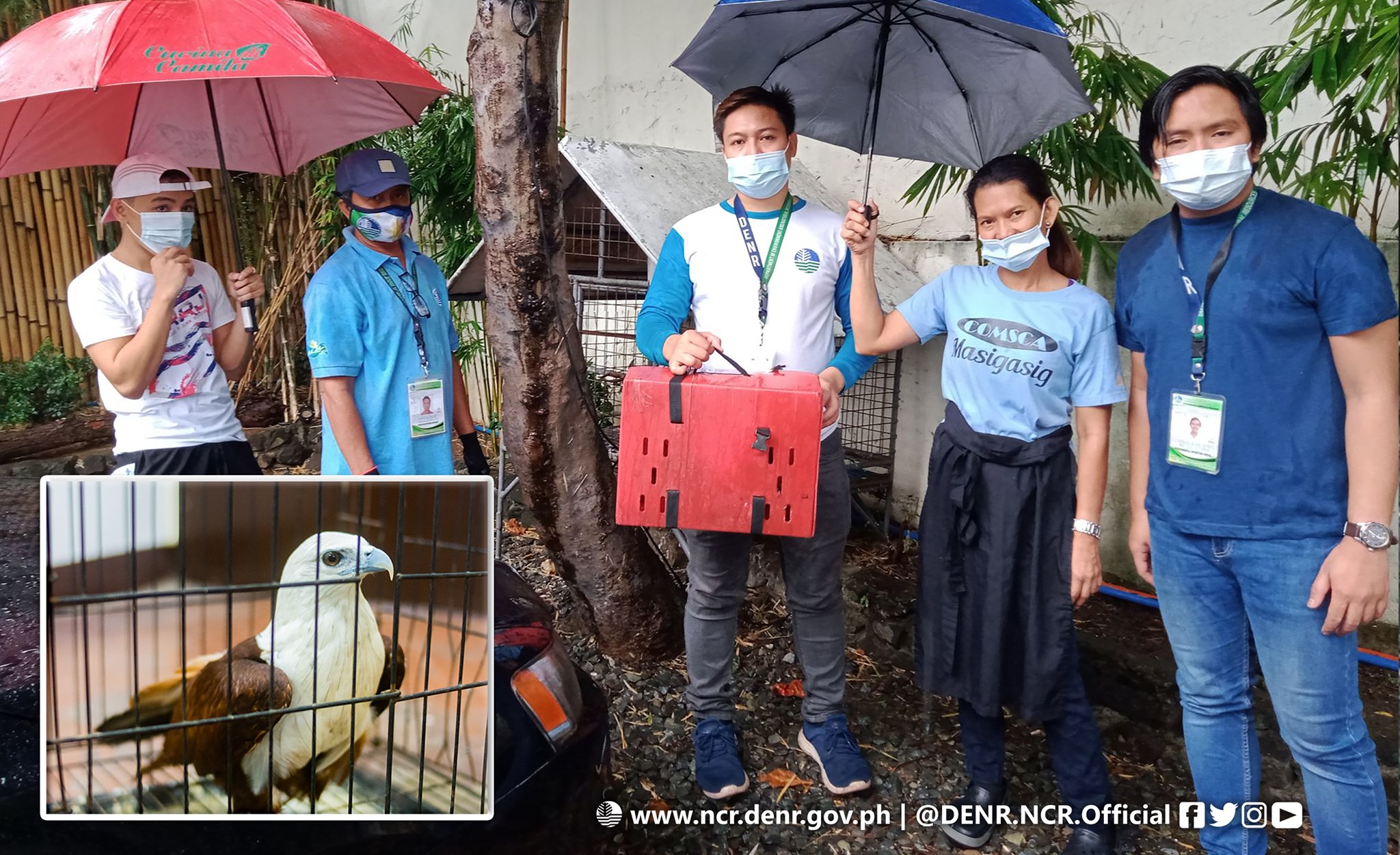 The presence of the bird was first reported to the official social media page of the regional office by a concerned citizen. SFO personnel were then immediately dispatched a team to retrieve the bird after its possessor failed to show a Certificate of Wildlife Registration (CWR). The raptor was taken to the Wildlife Rescue Center in Quezon City for evaluation.

Brahminy Kites are birds of prey commonly seen in coastal areas as they often feed on fish. They are listed as Least Concern (LC) by the International Union for Conservation of Nature (IUCN); however, their population is currently decreasing.